A cerebral or brain aneurysm is a cerebrovascular disorder in which weakness in the wall of a cerebral artery or vein causes a localized dilation or ballooning of the blood vessel. Brain aneurysms may occur in any part of the brain but are mostly found at the base of the brain. The causes of aneurisms are unknown, however older age, congenital abnormalities, drug or alcohol abuse and hypertension may increase your risk of developing a brain aneurism.

Symptoms that may be a sign of an unruptured brain aneurysm include:

If you are experiencing confusion, lack of coordination, stiff neck, nausea, vomiting, drowsiness, sudden severe headache or seizures this may be an indication of an aneurysm rupture which requires emergency care as it can become life-threatening.

Most brain aneurisms are diagnosed once symptoms appear and diagnostic tests have been done to identify the aneurism.  The most popular way to determine the presence of a brain aneurism is to perform a cerebral angiogram in which a series of x-ray images are taken after a special dye is injected into the blood stream to better highlight the arteries and blood vessels. The details and state of your arteries can then be better diagnosed. Because this test is rather more invasive, Dr Lamprecht may choose to first run an MRI scan to take images of the brain from 3-dimensional angles.

Surgical Clipping entails performing a craniotomy, exposing the aneurysm, and closing the base of the aneurysm with a clip chosen specifically for the site. 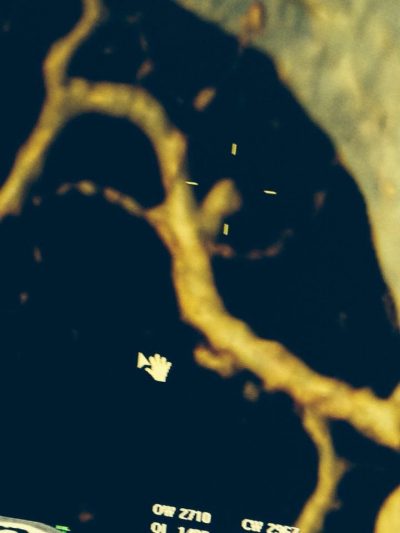