Definition:
Concussions range in severity from minor to major, but they all share one common factor — they temporarily interfere with the way your brain works. They can affect memory, judgment, reflexes, speech, balance and coordination.

Usually caused by a blow to the head, concussions don’t always involve a loss of consciousness. In fact, most people who have concussions never black out. Some people have had concussions and not even realized it.

Concussions are common, particularly if you play a contact sport such as football. But every concussion, no matter how mild, injures your brain. This injury needs time and rest to heal properly. Luckily, most concussions are mild and people usually recover fully. 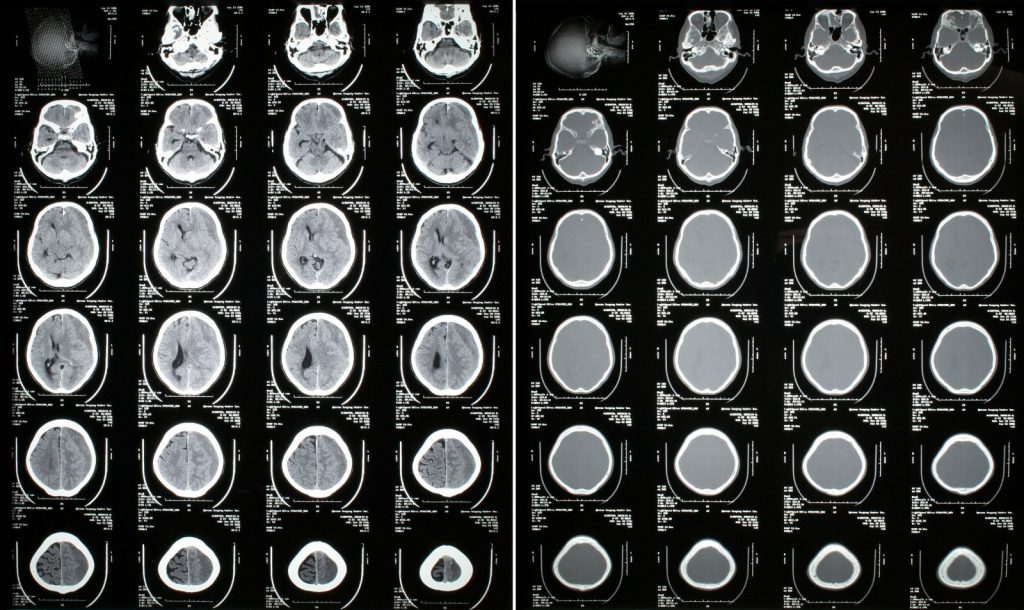 Definition:
An intracranial haematoma occurs when a blood vessel ruptures within your brain or between your skull and your brain. The collection of blood (haematoma) compresses your brain tissue.

An intracranial haematoma may occur because the fluid that surrounds your brain isn’t able to absorb the force of a sudden blow or a quick stop. In these situations, your brain may slide forcefully against the inner wall of your skull and become bruised.

Symptoms:
Signs and symptoms of an intracranial haematoma may occur from immediately to several weeks or longer after a blow to your head. It’s even possible to seem perfectly fine after a head injury. This is called the lucid interval. As time progresses, pressure on your brain increases, producing some or all of the following signs and symptoms;

As more and more blood fills your brain or the narrow space between your brain and skull, other signs and symptoms may become apparent, such as;

Causes:
The cause of intracranial bleeding (haemorrhage) is an injury to the head, often as a result of an automobile or motorcycle accident or a seemingly trivial event, such as bumping your head. Mild head trauma is more likely to cause a haematoma if you’re an older adult, especially if you’re taking an anticoagulant, or antiplatelet drugs, such as aspirin. A serious injury may have occurred even if there’s no open wound, bruise or other outward sign of damage.

Subdural haematoma: This occurs when blood vessels — usually veins — rupture between your brain and the outermost of the three membrane layers that cover your brain (dura mater). The leaking blood forms a haematoma that compresses the brain tissue. If the haematoma keeps growing, a progressive decline in consciousness occurs, possibly even resulting in death.

There are three types of subdural haematomas:

All three types require medical attention as soon as signs and symptoms are apparent, or permanent brain damage may result.

The risk of subdural haematoma is greater for people who use aspirin or anticoagulants daily, who abuse alcohol, or who are very old.

Some people with this type of injury may remain conscious, but most become drowsy or comatose from the moment of trauma. The risk of dying of an epidural haematoma that affects an artery in your brain is substantial unless you get prompt treatment.

The trauma that causes intraparenchymal haematomas is often responsible for what are called white matter shear injuries. These injuries occur after a trauma literally tears axons in the brain’s white matter. Axons are the connections that carry electrical impulses, or messages, from the neurons in the brain to the rest of the body. When this connection is sheared, serious brain damage can result because the neurons can no longer communicate.

Trauma isn’t the only cause of intraparenchymal haematoma. Other causes include: